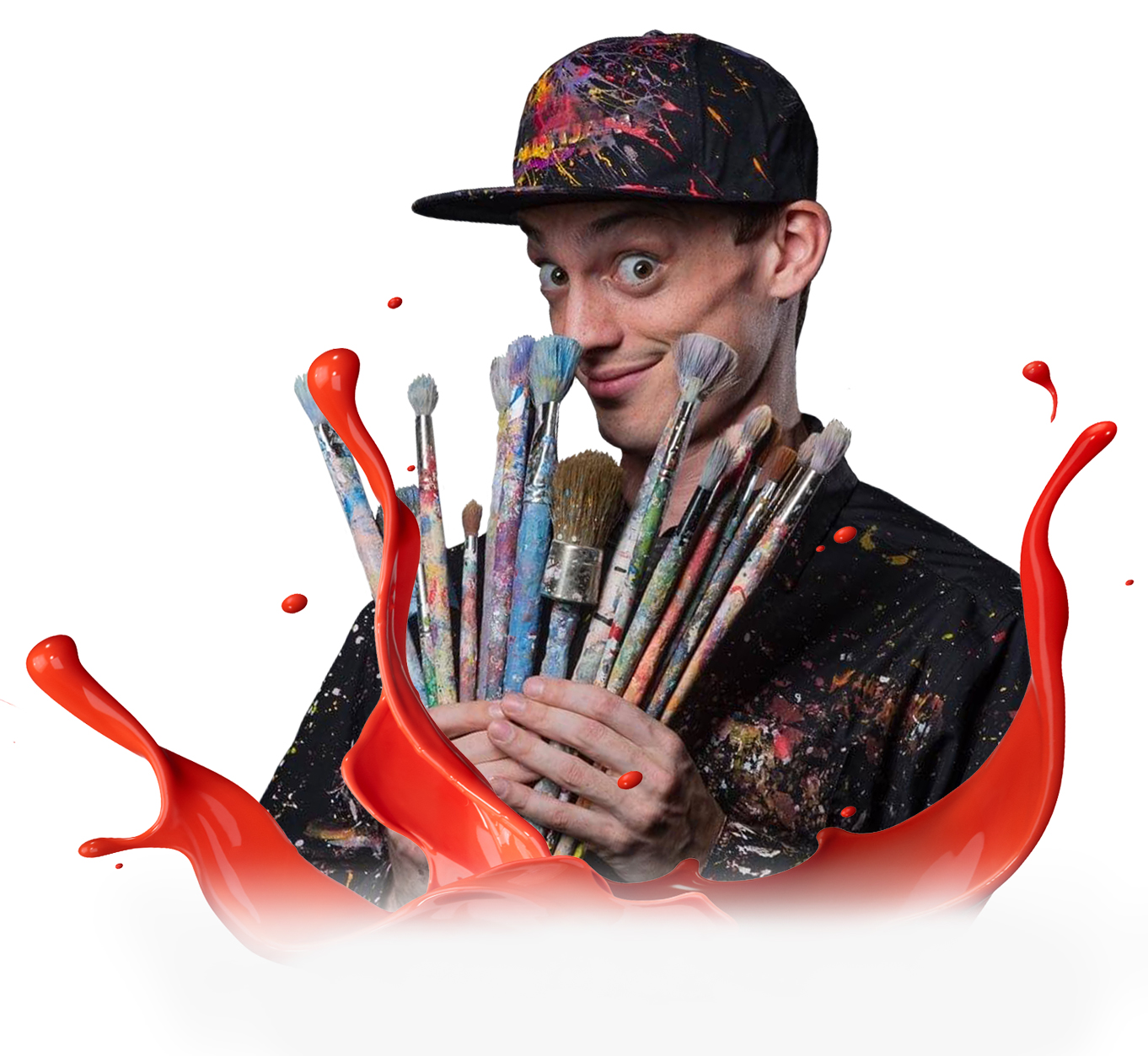 Harvey Dunn, married at age nineteen, took a gap year after graduating high school and still could not decide on a degree plan.

With his future unknown, he entered the workforce to provide for his new family, his wife and two dogs.

He worked his way up to a well paying blue collar job and after two years of employment he realized that he could do much more.
When he heard his father was looking for another speed painter to partner with, he was eager to audition.

Harvey had been a stagehand and cast in every production in his middle and high school career. He also has travelled the world working backstage with his father since he was ten years old. He uses a theatrical approach in his speed painting that captivates viewers and engages his audience.

Now Starring in Paintjam, the crowds love him and you will too! 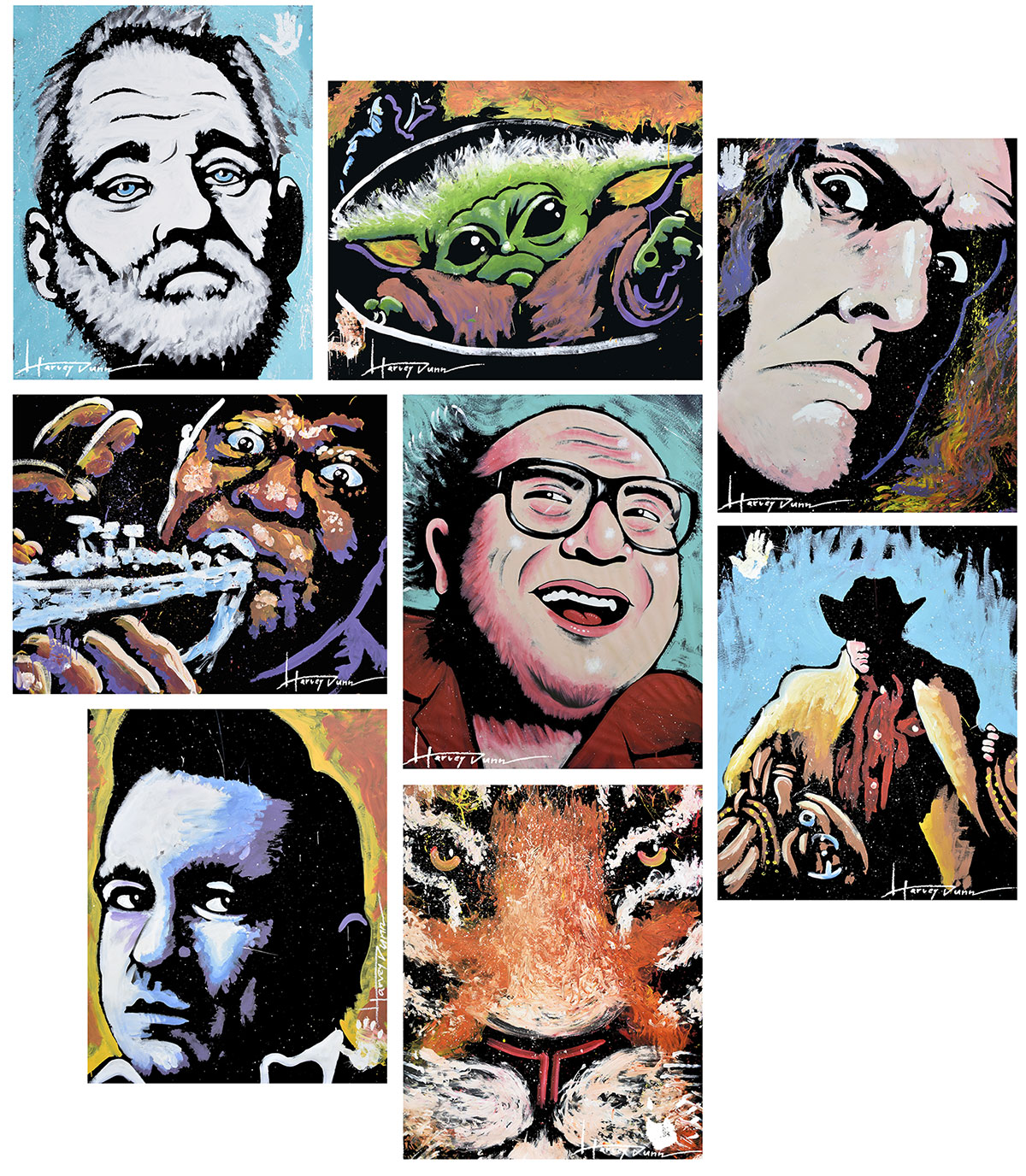 “I was amazed at the professionalism and the theatrics of Harvey’s performance. He captivated the audience through not only his artistic ability but through his stage presence as well. Harvey exceeded every expectation I could imagine, even prior to my event. Harvey and his family were an absolute pleasure to work with and I would work with them again in a heartbeat.” Madeleine Hensley, 2020 Miss Northwestern State University, Lady of the Bracelet 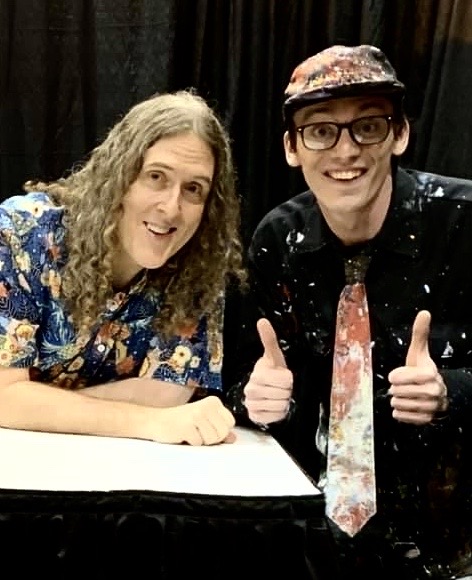