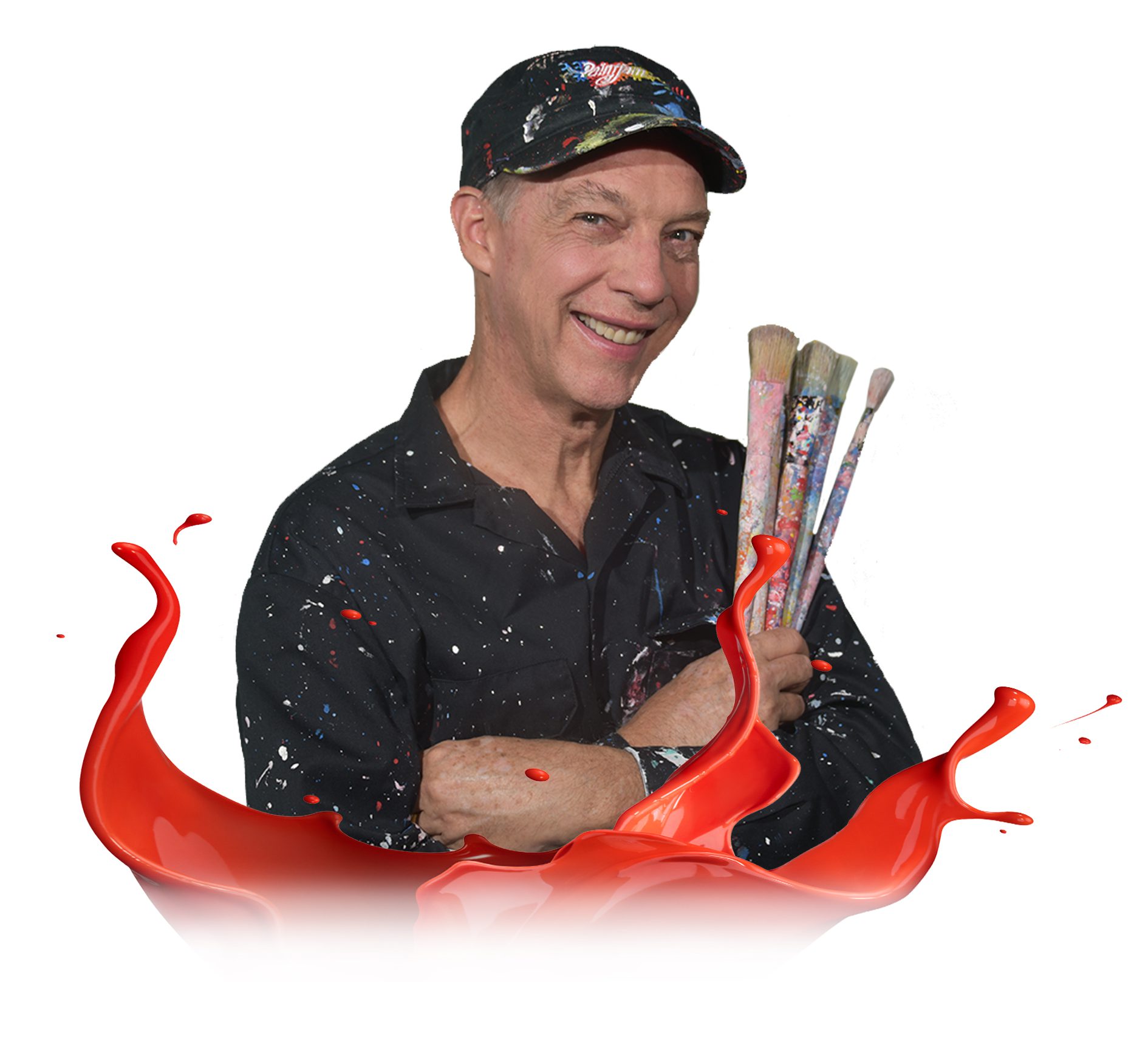 Meet the Man Behind the ‘Jam.

Dan Dunn has made his living solely from his art since he was 19 years old. A graduate of Sam Houston State University with a Bachelor of Fine Arts, he has a background in painting, illustration, design and caricature spanning over 30 years.

Putting the Speed in Speed Painter

It all started with caricatures. When he began his career as a professional artist, Dan would draw at over 200 events per year – and anywhere from 12 to 20 people per hour for events. This was his Karate Kid, “Wax on, wax off” ninja training. Yeah… he can draw a face pretty fast!

After many years as a caricaturist and illustrator, Dan was inspired by the work of the late, great, original speed painter, Denny Dent.

Dan rented a storage warehouse, draped it in plastic and started throwing paint around. He rehearsed for 9 months before he had his first show – a stunning performance in Atlantic City that brought international attention to the classically trained painter.

Overwhelmed by the crowd’s reaction to the unique show, Dan’s daughter posted a recording of the sensational footage on YouTube. It wasn’t long before PaintJam went viral with millions of views on YouTube, and Dan’s speed painting performance gained widespread acclaim.

There was no looking back. Since beginning this amazing journey, Dan’s been painting and performing on stages and screens around the world with superstars like Taylor Swift, Jay Leno and Queen Latifah to name a few!

Check out the Performances page to see him perform on the Ellen DeGeneres Show, Late Night with Jimmy Fallon, the Rachael Ray Show, the Super Bowl Pre-Game Show and more!

Dan currently lives in Houston, Texas with his wife Cindy. They have five beautiful, intelligent, hilarious children and several dogs and cats. 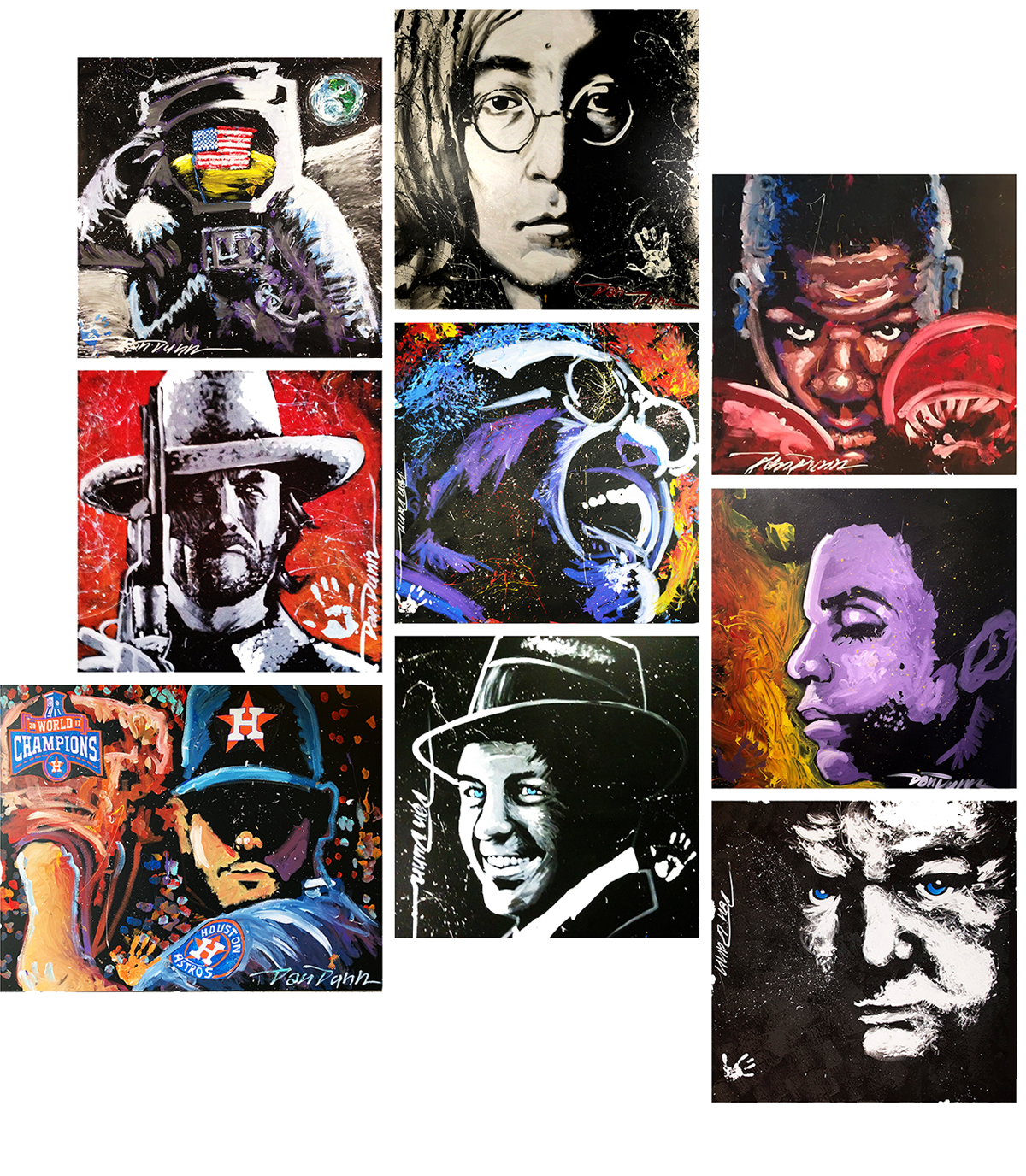 "I’ve never seen a performance quite like yours before. Your energy was a perfect match for the mood of the evening and I loved how you surprised us all. I had no idea what to expect…Together we raised more than $2 million dollars in donations..." Sir Richard Branson

"This guy is amazing. Speaking of talented guys we have Dan Dunn… He might be insane. It will blow your mind, the guy is fantastic." Jimmy Fallon

"Our thanks to painter Dan Dunn and his extraordinary portrait of todays starting quarterbacks." Dan Brown, Superbowl XLIV

"You were a huge hit! I am always looking for a dramatic and powerful way to kick off our meetings. Not only did you WOW the audience but you set the right stage and tone for the remainder of our meeting. People are still talking about your performance! Your tribute to our founder was incredibly well done and very moving. I don’t think there was a dry eye in the place." Roger McClung Manager, Training & Development Savers Inc.

"What a pleasure it was to have you as part of our annual convention in New Orleans! Your presentation got everyone jazzed up for the conference and was a wonderful way to begin a very exciting conference! Everyone in attendance thoroughly enjoyed your presentation and we were honored to have you…" Deborah Reeve Executive Director National Art Education Association